Sri Jagadguru Murugharajendra Vidyapeetha is an apex body established under the Societies Act to organise and manage educational and cultural institutions with an intention to take education to the door steps of common people in rural and remote areas. This was started in the year 1964 by His Holiness Jagadguru Sri Sri Mallikarjua Murugharajendra Mahaswamiji, the then pontiff of Srimath. The present seer Sri Shivamurthy Murugha Sharanaru is the President of this Vidyapeetha under the spiritual and administrative guidance of whom about 150 institutions are running today.

Our field of action includes the eradication of evils of caste system, removal of inequality and poverty, discontinuing the practice of blind beliefs, avoiding the environmental pollution while implementing development projects, helping the workers and farmers, arranging the protection for the orphan children, abode for old age people, elimination of bad habits and drug addiction, anti dowry programmes, widow and inter caste marriages are some of the activities to name. Sharana Sangama, Sharana Sanskriti Utsava, Sahaja Shivayoga, Maneyalli Mahamane, Janajagruthi Padayatra, Maha Dasoha, Basava Shree Award, Abode for orphan children and old age people, Basava Tatva Mahavidyalya are some of the programs to specify amongst the number of projects planned and executed.

Sri swamiji set compassion and co-existence as two mission for the Math. Sharanas culture was considered as the only ideals for life. Propagation of Basava Philosophy and its execution in day to day life were the programes he designed for the Math and disciples. 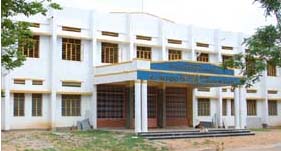